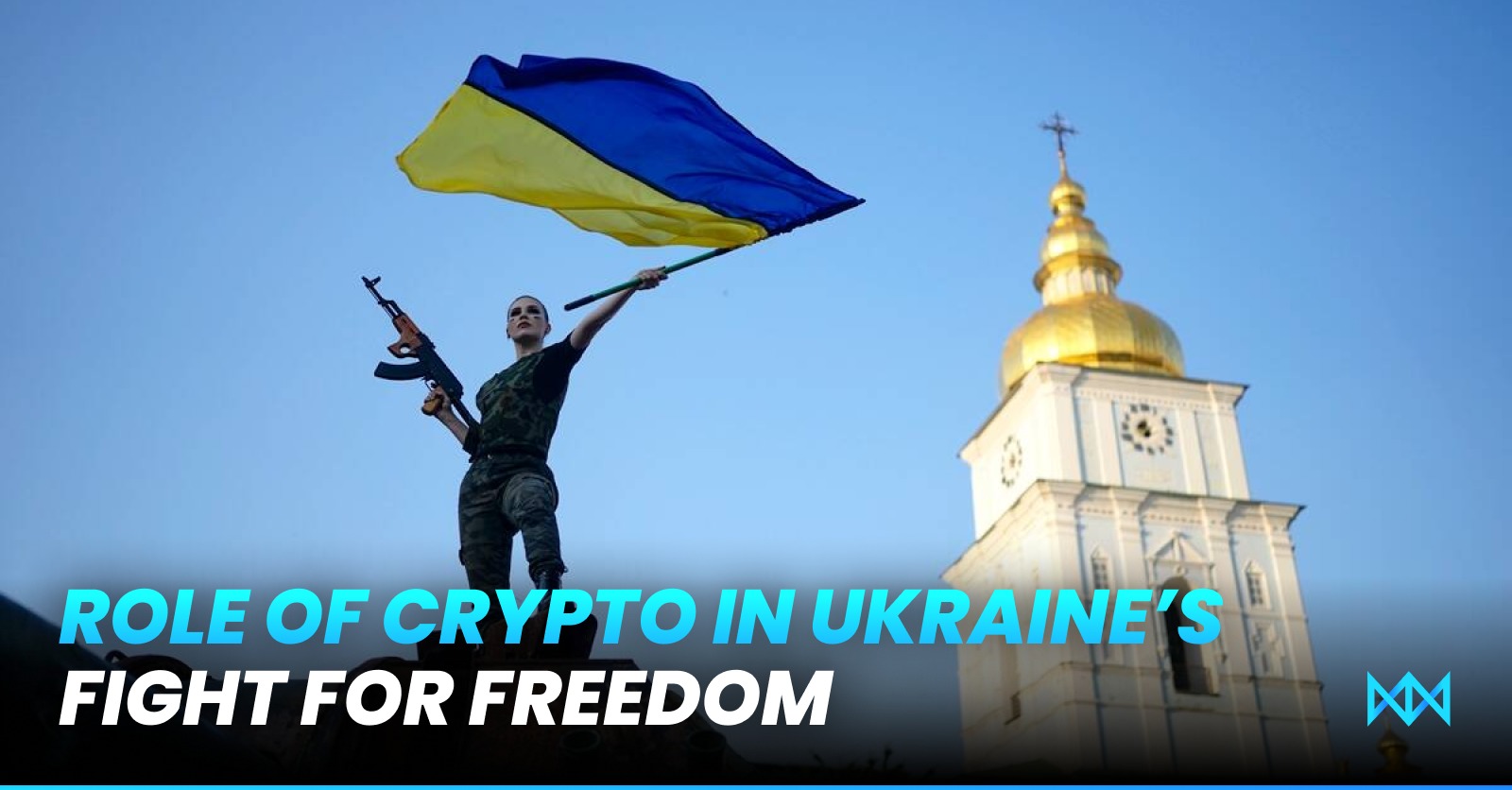 In the ongoing Russia and Ukraine conflict, Ukraine is winning support from all over the world while Russia faces sanctions. However, the nature of crypto benefits both countries. Russia sees blockchain as an alternative to SWIFT, while Ukraine gets millions of dollars in donations in cryptos and NFTs.

Cryptocurrencies are borderless, and their decentralized nature puts in control the people, instead of the governments, banks, and other monopolists. Even countries like India, which plan to ban cryptocurrencies, must call for international collaboration. But in moments of severe international law violation, such as the Russian attack on Ukraine, even crypto exchanges are asked to cooperate with governments. Thus Coinbase and Binance were pressured to curb their services for Russian nationals in line with European Union sanctions. Although both companies refused to ban Russian accounts altogether, it still raises a question. Cryptocurrencies are meant to be free from the intervention of governments.

One month after the beginning of war with Russia Ukraine legalized crypto sector. Since then cryptocurrencies exchanges operate legally and banks have their open accounts for crypto companies. Ukrainian government official addresses receive Bitcoin, Ethereum, and stable coins, but people are also sending them expensive NFTs. The Ethereum wallet of Ukraine received a CryptoPunk NFT worth $200,000. Over $125 million have been funded to Ukraine in cryptocurrencies.

The country is also developing its own NFT projects to boost the fundraising campaign. One of the most important is the launch of an NFT Museum. Here each day of war is represented by a unique NFT. The museum has collected almost $1.3 million from the sale of blockchain-based digital art. Transformation Mykhailo Fedorov says, “We’re using the latest technologies to bring Ukraine closer to victory”.

If you want to contribute, here are the official wallet address to receive funds in Bitcoin, Ethereum, Tether (USDT), and NFTs.

The war has pushed Ukraine on the list of top countries for crypto adoption. The overall adoption rate has risen by 880% compared to last year. Ukraine received most of the donations in BTC, ETH, USDT, DOT, SOL, and USDC coins. These donations from all over the world are sent in good faith, believing that there’s a humanitarian situation in the country as the conflict is between two countries that are imbalanced in power. While crypto donations are helping Ukraine to continue the resistance against Russia and defend their country, this new use case portrays a positive picture of the blockchain assets.

The technology is not good or bad, it is the use of technology that makes it such. While some people use crypto to pay a ransom and use NFTs for money laundering, the current situation shows how we can put blockchain assets to good use. We are still living in the infancy of blockchain, not knowing what else it holds for the future, but this particular case gives us all a good hope.