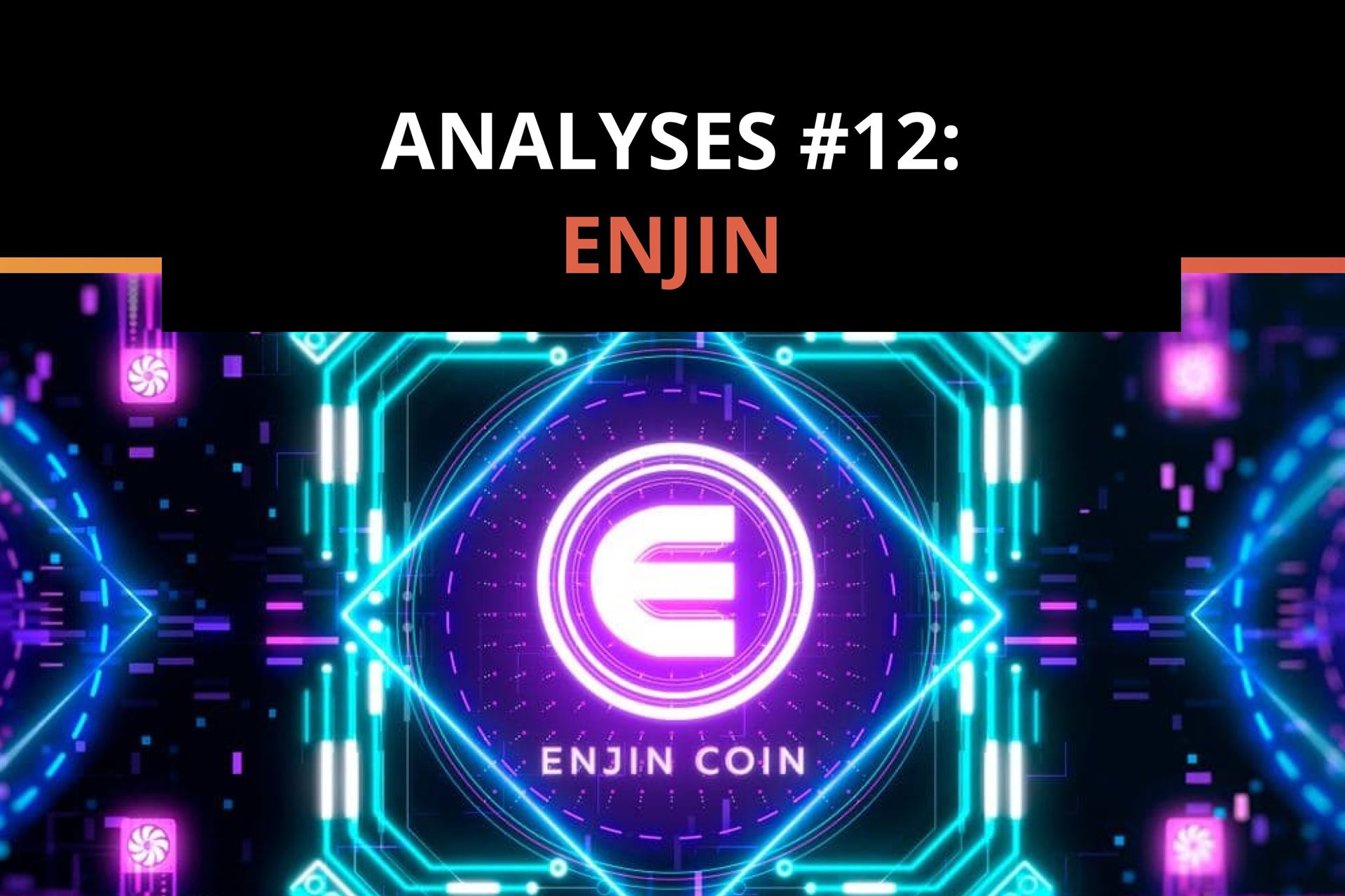 We are continuously providing you with the recent news on the crypto market but that is not the only focus. Since the cryptocurrency space is growing faster than other industries we are bringing you also fundamental analyses of the new projects but also already known ones. The Enjin coin is one of them with a huge potential.

The Enjin firm recently tweeted they have spread the Enjin Wallet for four more countries and is about to go further:

“As the NFT & crypto space grows, so does the need for making this tech more accessible to users everywhere.

Next up: Thai, Persian, Indonesian + more”

Enjin appears to be a prospective and likeable development platform. Let’s find out more about this blockchain-based video community in our analyse No. 12.

Enjin is a blockchain-based video game community and development platform based in Singapore. Users have the possibility to build such things as websites, gamer dApps, and chat forums with Enjin. Its platform is designed specifically for the video game industry.

Enjin brings traditional blockchain concepts to the video game space. Its users can therefore tokenize virtual assets like weapons or suits of armor. People can own their in-game items thanks to the ecosystem of tools that Enjin offers.

Concerning the in-game assets, Enjin is rewriting the ownership rules. They assume that gamers should own their in-game items, not the game companies.

ERC-1155 is the only token standard that enables you to create every type of asset, from currency and real estate to digital art and gaming items.

ERC-1155 is an improvement to the existing tokens (ERC-20 and ERC-721) in that it combines characteristics of both fungible tokens and non-fungible tokens (NFTs).

Some games (like World of Warcraft) use fungible in-game currency with other magic items that are non-fungible. ERC-1155 enables the issuance of both fungible and NFTs. This is deciding to game devs looking to implement such crypto assets.

What is Enjin Coin (ENJ)?

Enjin Coin, or ENJ, is an ERC-20 token with widespread support. It can be found on exchanges like Binance and can be stored in any ERC-20-compatible wallet. ENJ has a total supply of 1 billion but it is not mined – instead, it is minted and melted.

Minting means that ENJ is infused with gaming items turning them into ERC-1155 assets. In-game assets like currencies, weapons, spaceships, characters, and planets, can all be minted. Developers can even mint an entire game if they want to.

How does Enjin work?

Enjin’s main use case is to enable users to manage and store virtual goods for games. To create and destroy the virtual items devs have completed the following 5 steps:

How is Minting and Melting meant?

Game developers can use ENJ to pay for their gaming items. These items can be either fungible or non-fungible. Each item contains a specific amount of ENJ that users can later retrieve by melting them. Gamers can do the”melting” of their ENJ-based virtual items if they are interested in obtaining more ENJ.

However, melting is not the best option as it usually occurs because a game has gone dead. When this happens, the intrinsic value of the item is less than its ENJ value as the item has no utility. Nevertheless, items like these could become collectibles in the future.

The ability to melt is like an insurance policy, which motivates players to purchase in-game items, and it also provides the players assurance that their purchases will at least have and hold some future value.

Concerning the melting payout, the percentage depends on the game dev who minted the item. However, it can never be less than 50%. That means if a player melts a virtual, Bronze Age sword that was minted with 2 ENJ, the player would get 1 ENJ and the developer would get the other 1 ENJ.

What is the Enjin Wallet?

The Enjin Wallet is whatever a wallet needs to be: simple and fast. It can store and send ERC-721, ERC-1155, and ERC-20 tokens. It also supports Bitcoin and other major cryptocurrencies. The Enjin wallet can access other Enjin ecosystem elements, such as scanning Enjin Beam QR codes. Enjin Beam is built directly into the Enjin wallet. Which devs can use to hold giveaways for sought after in-game assets. This can help build audience engagement.

Where can you purchase the ERC-1155 assets? The site enjinx.io is the place to visit for shopping for weapons or a new suit of armor. Users can search listed items and the wallet addresses that hold historic transfers and recent activity. When ready to buy, the purchase process is very simple, just scan the QR code with the phone app.

To sell digital items in the marketplace, users just list them.

Enjin has the potential to increase crypto adoption through the gaming industry. It is a far cry from the traditional gaming space. The novelty is that gamers get personal ownership over their digital assets. They get to both own and trade the game items.

Enjin provides a fun and profitable way for people to buy pre-released game items and trade them.

Enjin has definitely the potential to onboard more users into the crypto space.