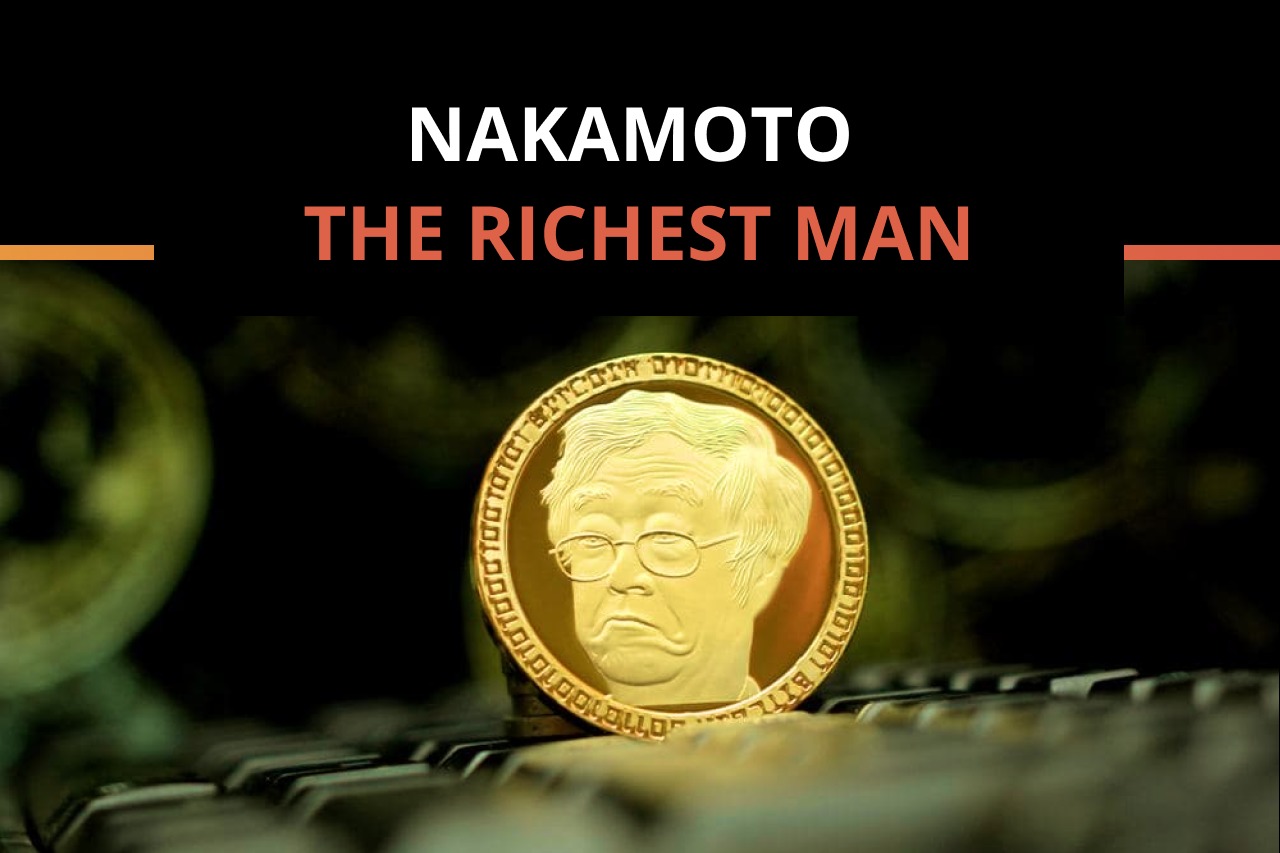 At present, Jeff Bezos, the Amazon founder, is the planet’s richest person with a net worth of $181.6 billion. The second one is the crypto admirer Elon Musk, the CEO of Tesla, owning $163.7 billion and more than  20% of the electric car maker. Satoshi Nakamoto, the creator of BTC, could be the richest person in the world if Bitcoin price reaches approximately $182,000. It is not a question of if but when.

How much BTC does Satoshi Nakamoto have?

Satoshi Nakamoto released the Bitcoin whitepaper in October 2008 under a public MIT license.

On Jan. 3, 2009, Bitcoin’s first block, known as the “genesis block,” was mined. This launched  the Bitcoin network, which kickstarted the cryptocurrency and blockchain movement.

To be specific, if the price of Bitcoin hits $182,000, this would put Nakamoto’s net worth at around $182 billion, which is way higher than the current net worth of Bezos.

Sergio Demian Lerner, a prominent cryptocurrency researcher, who published a research paper  estimated that 1 million BTC is likely owned by Satoshi, by analyzing the early blocks that Satoshi mined.

“I estimate at eyesight that Satoshi fortune is around 1M Bitcoins, or 100M USD at current exchange rate. I’m sure there will be plenty of people that will carefully analyze the source data set and come up with the exact figure, which will be very close, but nevertheless they will scream at me again.”

The S2F model forecasts the price of Bitcoin to hit $100,000 to a “conservative” $288,000 by the end of 2021, using a formula based on the relationship between the value of Bitcoin versus the existing supply (stock) and the amount of newly mined BTC entering the market (flow).

PlanB, the creator of the S2F model, said:

“People ask if I still believe in my model. To be clear: I have no doubt whatsoever that bitcoin S2FX is correct and bitcoin will tap $100K-288K before Dec 2021.”

However, the identity of Satoshi remains a mystery and it isn’t known whether the person(s) is even alive today. Industry experts have suggested it could have been a group of individuals.