How KLAYMETA is reshaping the breeding P2E genre  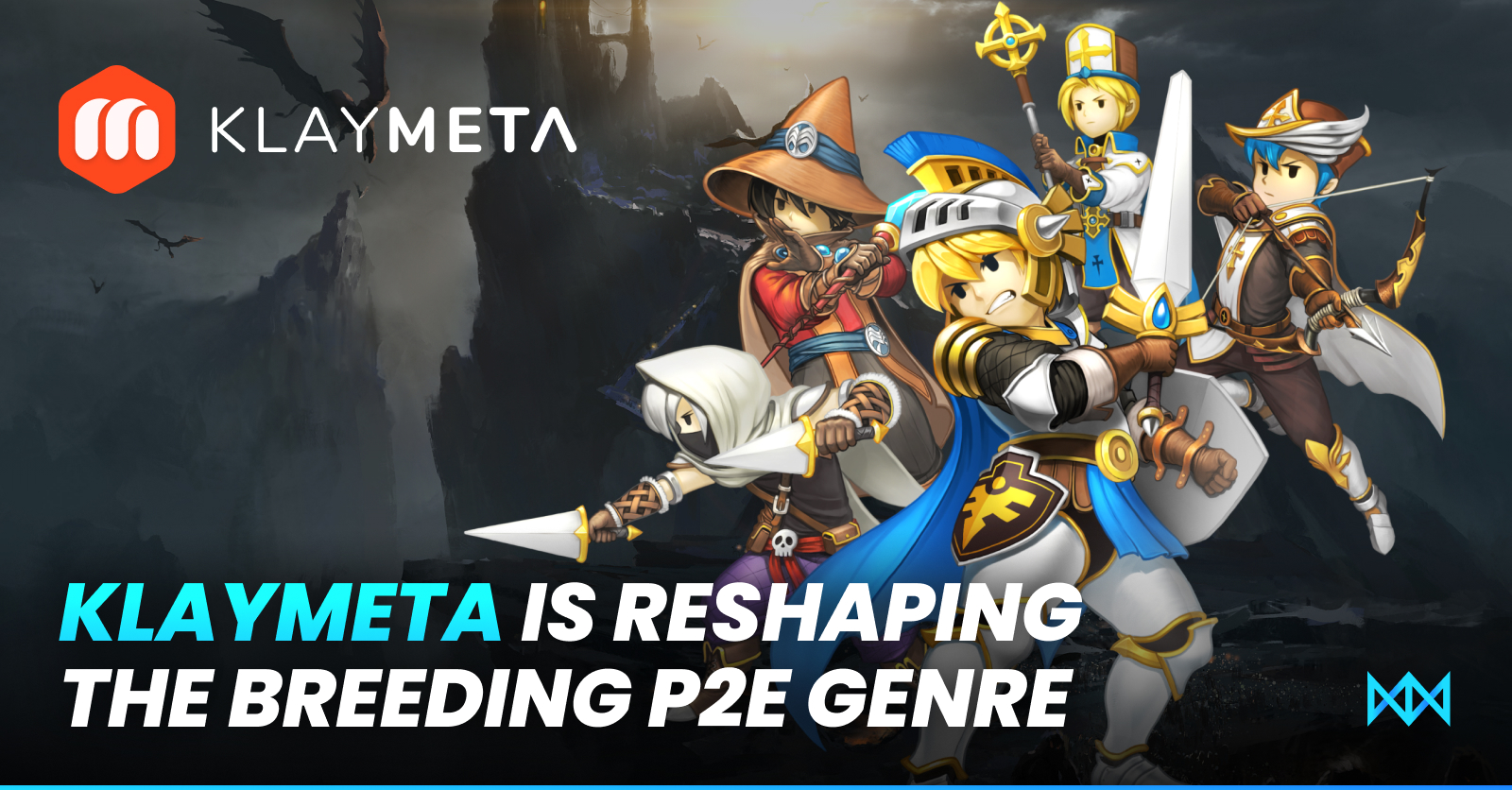 The game offers quests and adventure gameplay through its META quest. Alongside the upcoming incorporation of a Metaverse, the most important components are their avatars, each of which is a fully unique non-fungible token (NFT).

So you’ve heard of Axie and Stepn and their breeding mechanics, but don’t you believe they’re all lacking one key component that typically makes a game worth playing? KLAYMETA considers such a factor to be progress. Although games are designed to be fun, humans have an inherent desire for progression. As a result, KLAYMETA introduced Fusion as an intriguing new progressional feature to their P2E game earlier this year. So, what exactly is Fusion, and how does it add value to KLAYMETA by distinguishing itself from typical P2E games?

Fusion is KLAYMETA’s version of breeding and a way for players to journey in tandem with their avatar through the KLAYMETA ecosystem, establishing a new playstyle for the P2E genre.

The goal of Fusion is to create a stronger Avatar for you to quest and adventure with. Instead of being completely random, Fusion allows your base avatar to lock up two pieces of equipment with attributes that you do not want to lose during the Fusion process.

How Does it Work?

Fusion works by combining two avatars together at an initial cost of 6 $META, increasing after each subsequent Fusion. The two avatars involved are:

Each Fuse has a chance to target five types of equipment and three types of appearances:

The probability of each item being fused is a flat 50%, as shown in the image below.

Fundamentally, Fusion is meant to make your Avatar even stronger, increasing its base CP, or character points. For example, the avatar above’s weaknesses are its gloves, and it would benefit from fusing with a sacrificial avatar that has level five gloves.

If the probability is right, your Avatar can inherit the level five gloves and become stronger. However, there’s always a chance that it doesn’t go to plan! Items on the base Avatar can always be broken, which is why your fuses should always be played strategically, emphasizing the importance of the two-item lockup!

In search of the greatest bonuses, players should always be locking up items that are closest to achieving a full set. Avatars with full equipment sets will receive set bonuses, increasing the strength of the Avatar even further which will help them earn more $META in the long run. Players have always loved games with set bonuses such as Diablo, another perfectly positioned progressional feature within KLAYMETA.

Why is Fusion loved in Korea?

Fusion was initially released to the Korean player base and was well received by fans across the country, which is why KLAYMETA is confident that their global player base will enjoy it as well.

Firstly, Fusion gives players the opportunity to develop a single character over their KLAYMETA career just like they would in any story mode or MMORPG game. As they undertake META Quests, earn $META, and acquire new equipment, their NFT will become even more individualized. MMO games wherein players feel connected to the progression of their avatars have dominated the gaming market for decades, and KLAYMETA aims to capitalize on this with Fusion.

Secondly, Fusion minimizes the reliance players have on RNG through constant minting to generate a strong avatar. Constant minting, as seen in other games, not only removes agency from the players but also causes an epidemic of NFT overpopulation, as shown with Axie Infinity. By empowering KLAYMETA’s community, the player takes control of their own legacy while the NFT population is kept in check through constant burning. The economics of Fusion necessitate that those pursuing the most powerful avatars will burn a far greater number of avatars than they will mint, leading to a net positive impact on the economy.

On top of this, Fusion encourages gameplay. Players feel rewarded after questing or adventuring when they can compile their earnings, buy a new avatar, and Fuse it with their own. This is what real progression looks like, tried and tested to keep players coming back for more. We’ve seen this type of game model create rich and dedicated player bases for the most popular games of our time such as World of Warcraft and Runescape, amongst others.

A healthy community denotes a thriving marketplace, which is exactly what Fusion thrives on. A large and active community, which Natris has already demonstrated is possible with the rise of HERO BLAZE, means that there are always more than enough new avatars for gamers to buy, fuse, and subsequently burn. Fusion also serves as an excellent deflationary tool, without becoming burdensome for skilled players.

How will you choose to fuse your Avatar, and will it make you the strongest player in the KLAYMETA world?

Elon Musk’s SpaceX Will Fly NFTs to the Lunar Surface