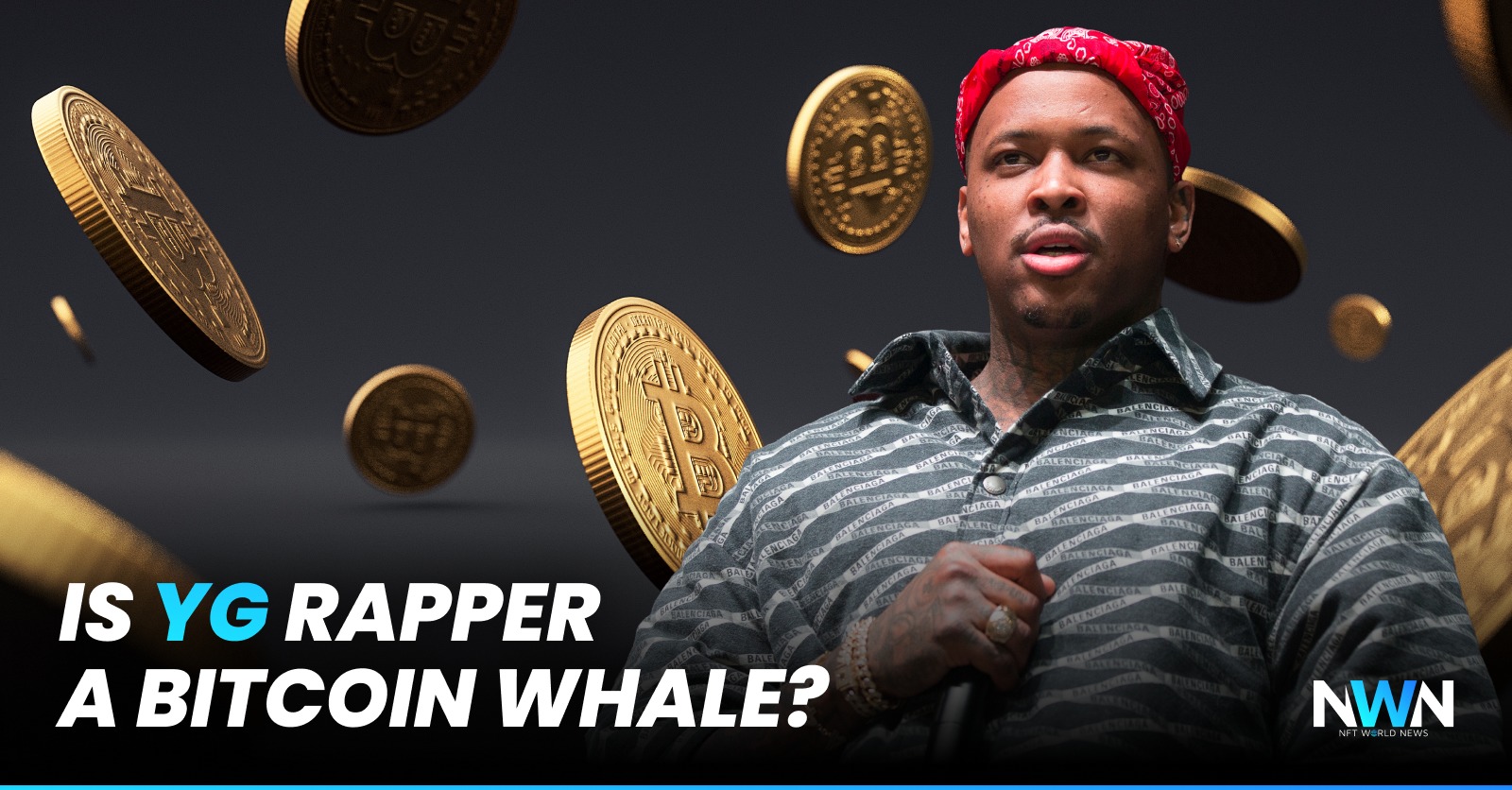 In the song video, YG is shown clutching a Ledger (cold storage USB) next to a smartphone with a screen displaying a wallet application with more than $30.6 million in BTC. Dequan Keenon Ray Jackson is a rapper who is also known as YG. In his recent music video, he pretends to flaunt a huge $30 million stack of Bitcoin (BTC).

Because of a cold storage device from crypto wallet company Ledger that is mainly featured in the video, it looks to be either an eye-watering but perhaps artificial flex or a smart bit of commercial placement.

YG has shown carrying a Ledger wallet near a smartphone with a screen exhibiting a wallet application with more than $30.6 million in BTC in one of the sequences of the music video for the song “Scared Money” starring J. Cole and Moneybagg Yo.

While the image might have been forged, rappers are notorious for displaying their riches and success, which is especially true in this song, which talks about spending money, investing, and putting half a million dollars worth of jewelry around one’s neck. YG is a big supporter of Bitcoin, mentioning it in songs like “Big Bank” in 2018 and in an interview with RollingStone in mid-2020.

YG about Crypto and its prices

YG claimed in the interview that he appreciated the simplicity of crypto since it allowed him to invest his money without being distracted from his music profession. He made analogies to the real estate market, where he would have to put in a lot of time working and studying to succeed.

He referred to the asset’s skyrocketing price last year: “I f*ck with Bitcoin. I recently received Ethereum and Dogecoin, although I’ve owned Bitcoin for almost three years. When Bitcoin first appeared, I was like, “What?” and “I can simply do it and it will turn into that?”

Users have been criticizing YG’s massive BTC stack in a Reddit post on the r/Bitcoin Reddit community earlier this week, with AvoidMyRange noting: “the chance of all these ending at 0 and the cents ending in .00 is incredibly low. This is obviously fake.” User “AKeveryday” responded: “It is fake because that isn’t even the layout of the ledger app.”

Other users found the music-related BTC shenanigans of YG amusing, with Redditor Lexstell11 completing the math on the lyrics from the Big Bank song when BTC was around the mid-$7,000 area.

“In YG’s song Big Bank, he says ‘I might buy her red bottoms with the crypto 3 coins that’ll pay your whole semester…’ the song was released on 5/25/2018 when BTC was close to $7,459. So presumably YG paid $132,000 by today’s conversion for a girl‘s semester at what I’m assuming was the University of Phoenix. I think about this a lot.”

Cryptocurrency is indeed the future. The entertainment industry, big stars, and influencers have started taking interest in this sphere as it continues to grow. The popularity of Bitcoin and other cryptos will help in another growth of this market.

Loopring Is Skyrocketing After The Announcement Of Gamestop’s NFT Marketplace