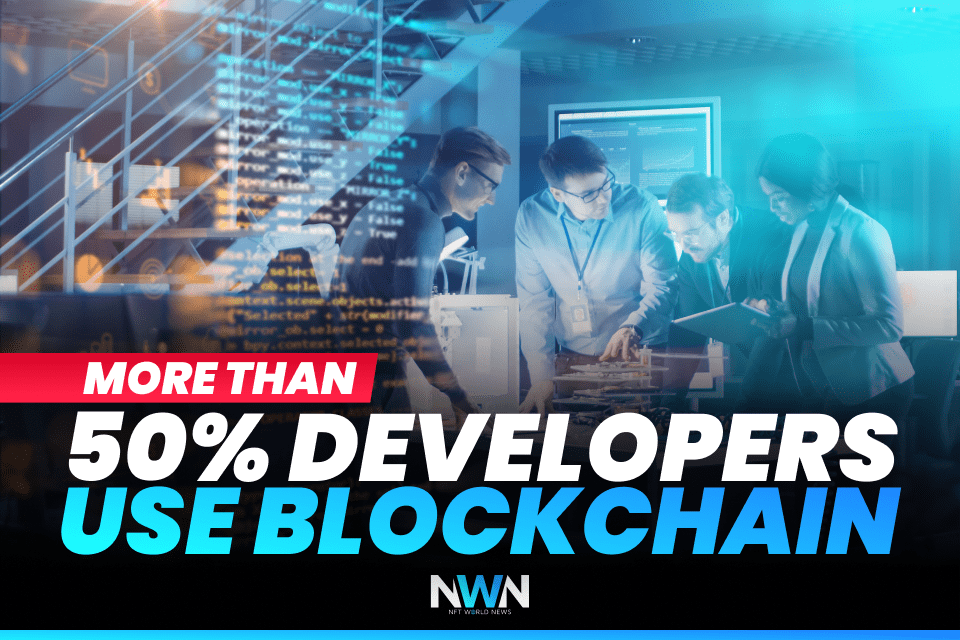 Blockchain, cryptocurrencies, and NFTs are the three hottest topics nowadays, and people start to prefer them because of the advantages they provide. The benefits of using blockchain are being discovered in a huge way. In just a few years, more than 50% of people developing games started using and implementing blockchain, and they are not the only ones. Games used to be pay-to-play, and now it’s the total opposite.

A new study from the United Kingdom (UK) revealed that most game studios have already started exploring blockchain technology for their upcoming projects. The new research surveyed 197 video game developers in the US and the UK, and the results showed that 58% of developers are beginning to use blockchain technology, and almost half of the respondents (47%) started incorporating non-fungible tokens (NFTs) in their projects.

The game developers are confident in the blockchain and NFTs, and as a result, two-thirds expect blockchain to become the primary tool in gaming in the upcoming years. While 72% of respondents are considering using blockchain and NFTs in upcoming games, more than half (56%) plan to apply the new tech within 12 months.

Tokens and NFTs are vital technologies for new digital worlds and gaming experiences. “They enable players to own a stake in the games they play by, for example, buying land within a metaverse game as an NFT or a car in a racing game,” said Stratis CEO Chris Trew. “Historically, games have been pay-to-play, and the value accrued only to companies and platforms. Blockchain and NFTs turn this situation on its head,” Trew added.

While indie game developers moved to the blockchain and NFT space first, Trew believes that major developers, also known as AAA companies, won’t be far behind. Big names such as Ubisoft and EA have already announced their interest in the technology, and Epic Games has welcomed blockchain games to its platform.

Game developers started to focus heavily on the play-to-earn (P2E) model, DeFi, GameFi, in-game currencies, and NFTs offering ownership. The possibility to earn by playing instead of paying to play is revolutionizing and transforming the whole industry, and those who don’t adapt will miss out on the biggest opportunity in gaming since the creation of this industry.