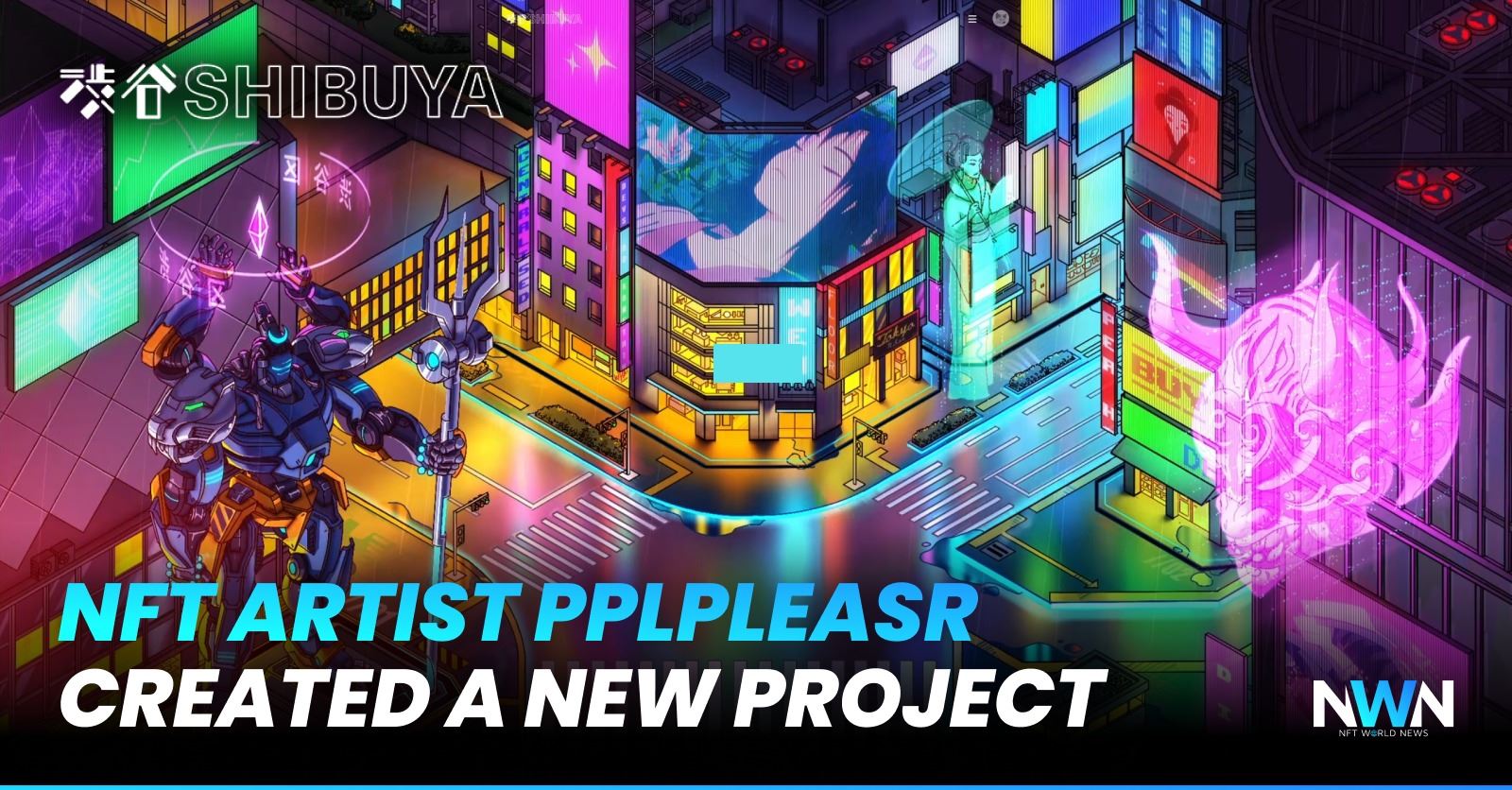 Pplpleasr, an NFT artist (or how she calls herself, a “high-quality meme generator”), is bringing long-form animation to Web 3, Shibuya, a new endeavor that launched its test version on Tuesday. Shibuya will issue non-fungible tokens (NFTs) called “producer passes” to crowdfund the development of long-form visual content, such as short films, movies, or television shows, disrupting the industry’s current studio-driven processes.

Shibuya is “a Web 3 experiment where long-form material is free to watch but monetized on the blockchain to encourage user engagement in the creative process as well as shared ownership,” according to Pplpleasr. Shibuya is named after a famously crowded crosswalk of the same name in Japan. Pplpleasr named Shibuya a “decentralized Hollywood” where “cultures and ideas collide in one eclectic and fascinating environment”.

Shibuya’s first project will be an anime called “White Rabbit,” an interactive Web 3 series about a protagonist who falls down the crypto rabbit hole. It’s like “anime meets ‘Black Mirror’ meets crypto,” said Pplpleasr (aka Emily Yang) at ETHDenver last month at the project’s launch.

While the series will be free of cost to watch, producers will use their NFTs to vote for two possible endings to the first episode. The option with the most votes will determine the plot line for the main character in the following episode. Additionally, the funds earned at mint will help support the creation of the film. The producer pass NFT for each episode of “White Rabbit” will be different.

WRAB, an ERC-20 token reflecting fractional ownership of the “White Rabbit” series, will be awarded to viewers who vote by staking their producer passes. As the series advances, a predetermined supply of WRAB tokens will be issued to the community.

“When the series completes, the whole thing is going to be minted as an NFT, “Pplpleasr said in an interview. “Token holders are effectively DAO members who have the ability to vote on the show’s future. It’s up to the token holders to choose whether that’s getting involved with a larger production firm or switching to another streaming platform”.

According to the theory (DAO), each Shibuya series will eventually create its own token-gated community, comparable to a decentralized autonomous organization. A relationship with DegenScore, a crypto wallet application, is also in the project’s roadmap. The DegenScore partnership would create gated Telegram discussions where only those with producer passes may discuss the episode or leave comments.