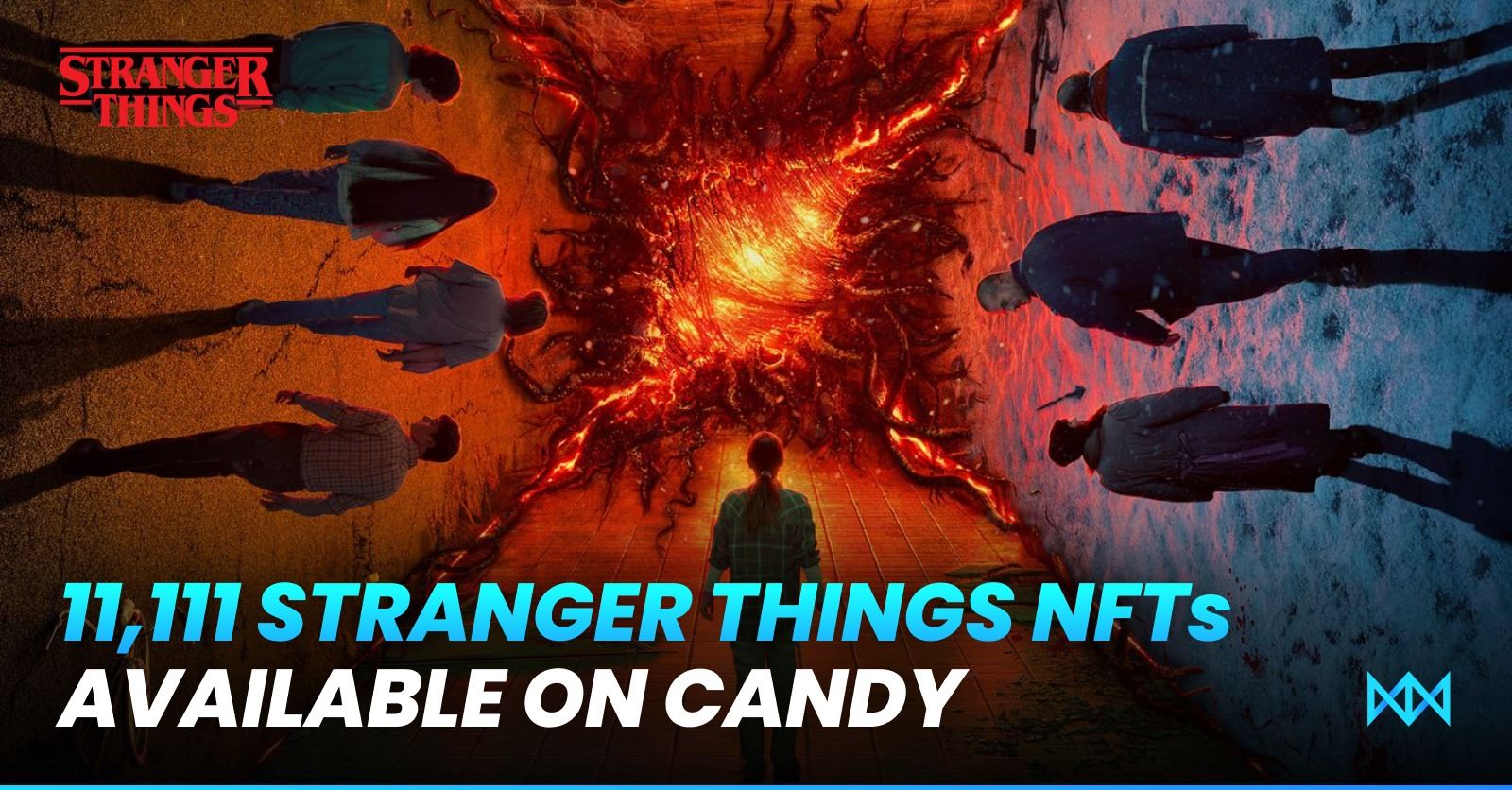 The Upside Down Series

This is the very first NFT collection Netflix has ever produced. By doing so, Netflix joins companies like Reddit, Limewire, and Spotify, which also released their NFT collections a few days ago. The announcement of this new Eleven and the gang collection came shortly after the release of the show’s season 4, however, the sale began on July 14, as Candy Entertainment announced on its official Twitter account. Dedicated to Stranger Things, Netflix’s flagship series, the NFT collection is called “The Upside Down Series”.

It doesn’t come as a surprise that the collection consists of 11,111 NFTs referring to 11, thus highlighting the main character Eleven or also known as El, Portrayed by Millie Bobby Brown. In addition to the NFTs, the pack also includes 17 limited edition posters of the most popular Stranger Things characters, including Eleven, Will, Dustin, Eddie, Max, Nancy, and many more.

Where and at what price can they be bought?

Since July 14, NFTs are already available for sale on the Candy website. Collectible buyers will only know which character they got on the poster once they’ve opened the well-known Mystery Box. The latter is already available to purchase for as little as $11, but in case anyone wants to offer more, there’s the option to get the Hellfire Club bundle, which includes all 17 posters for $275.

Aside from purchasing them, there were also other ways to get Stranger Things NFTs. Last month, roughly 4,700 players had a chance to win a free Eleven NFT poster. Which is quite considerate since not every fan of the series may have had the money to buy an NFT of their favorite character, so this was an excellent opportunity and many took advantage of it.

And if you want to win some good old real tangible goodies, you still have time to join the collection challenges announced on Candy website – Crush Vecna and The Hellfire Club challenges are closing on 27th July, 5PM ET.

Crypto Market Crash and Its Impact on Play-to-Earn Games

Starbucks Has Entered The Realm of NFTs