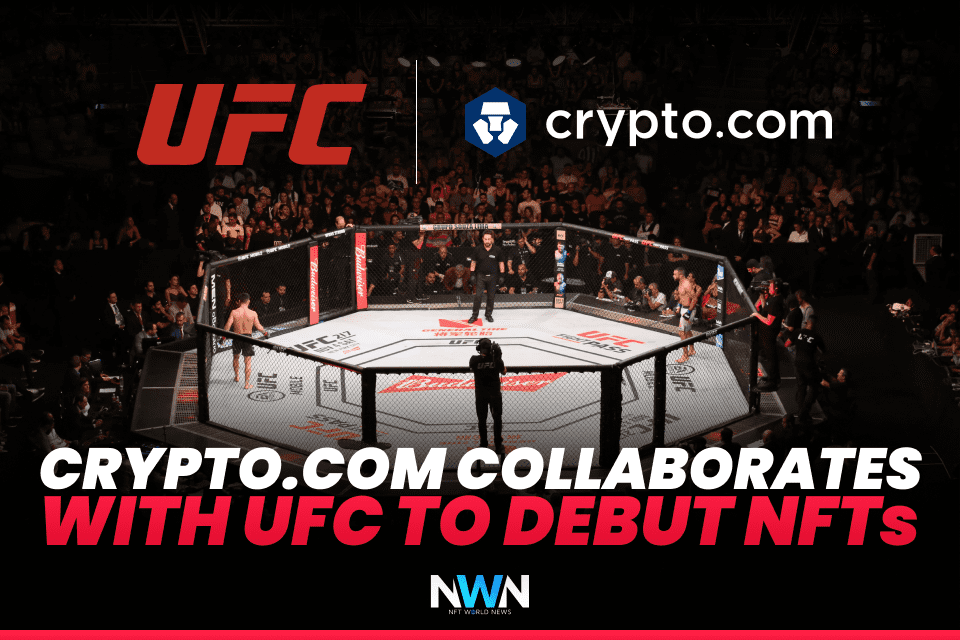 crypto.com is one of the leading cryptocurrency exchanges in the world, with a goal to help people adopt cryptocurrencies. This platform helps users to buy, sell and pay with Bitcoin, Ethereum, Ripple, and other cryptos. The company came out of nowhere in 2018 and became very present in this industry in just a few years, and now they partnered with UFC to drop NFTs.

UFC has collaborated with Crypto.com for its first official NFT drop. According to the news release, the UFC’s new NFT series will include digital collectibles such as fight night paintings, event posters, championship belts, fighter personas and avatars. The collection of NFTs from “UFC268 Packs” should be available today, November 4th. The non-fungible tokens will be accessible for purchase to fans until they sell out.

According to Cointelegraph, the world’s largest mixed martial art entertainment firm, UFC, signed a $175-million sponsorship deal with Crypto.com. During a press conference at Madison Square Garden in New York City, UFC president Dana White announced the agreement, which he said was the organization’s largest sponsorship deal to date.

This deal is another important step for crypto and NFT mass adoption, as UFC has more than 600 million followers around the world. However, UFC is not the only partnership crypto.com has formed. It has also partnered up with Matt Damon, Formula One, National Hockey League’s Montreal Canadiens, Snoop Dogg, and much more.

It was founded in 2016 and got noticed in 2018. Since then, it has acquired more than 10+ million users, 2600+ employees, and works in more than 90 countries. The main focus of the company is clear from their name, but lately, they are entering the NFT universe too. They have several products, including crypto wallet, margin trading, visa card with benefits, etc.

These partnership steps have put Crypto company on the map, and now it’s one of the leading companies in cryptocurrencies&NFTs. Crypto is not just a crypto company, but they also have a native token that is more stable than most cryptocurrencies, and staking of these tokens will offer you a number of benefits, even outside of the crypto world.

Will you take part in the UFC NFT drop?

Solana NFTs On The Rise