This NFT Collection Will Scare You 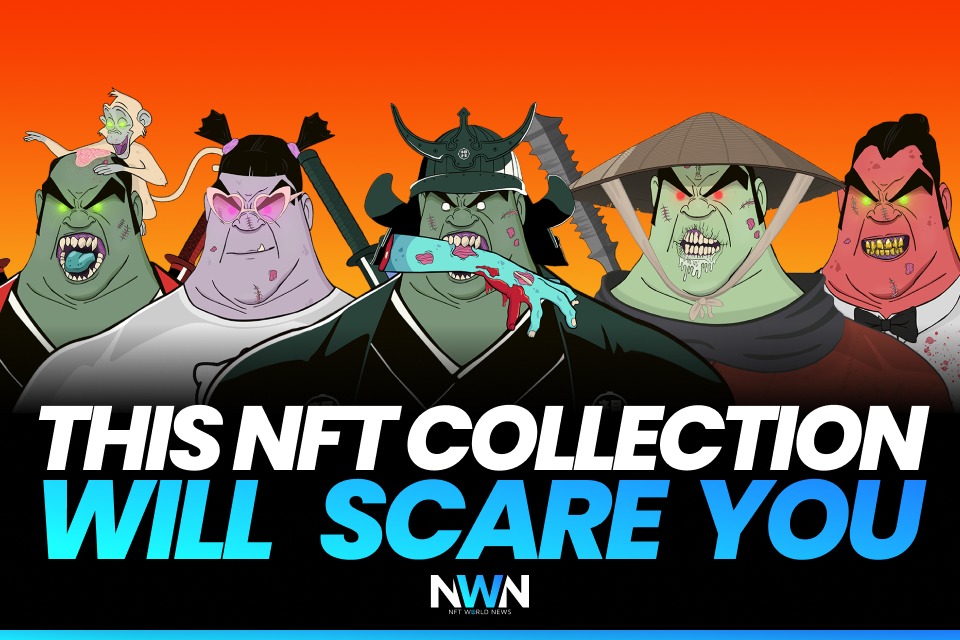 NFT collections are ruling in 2021. In this blog, we will take a look at non-fungible tokens (NFTs) that have a minting date very soon and their collection will scare you! Dead Sumo Society is not just another NFT collection as they plan to release a street fighter game! Read more to find out.

This might interest you: TRM 2 – The Most Undervalued Gem

The Dead Sumo Society is an exclusive collection of 3,000 Sumbie NFTs hosted on the Solana blockchain. Each Sumbie warrior is a unique, algorithmically generated collectible, created using a series of base layers hand-drawn by our team of artists.

There are over 300+ attributes across 8 categories: background, body, markings, skin, mouth, eyes, head, weapon/prop. These attributes are what determine the rarity of each Sumbie. Each Sumbie will grant its owner entry into the Dead Sumo Society, giving the holder access to members-only perks, such as exclusive merch and airdrops. Most importantly, D.S.S members will have the ability to use their Sumbie warrior in the upcoming street fighter-style video game.

The main goal of Dead Sumo Society is to develop a Street Fighter-style game. The game will allow D.S.S. members to bring their Sumbies to life and battle with one another in a virtual Sumo ring. D.S.S. is currently working with award-winning writers to develop the game’s backstory and create an immersive world for their members to enjoy.

Part One of D.S.S Storyline

The Dead Sumo Society video game will tell the story of renowned Sumo World Champion Kōji Kintarō. After dedicating his life to becoming the ultimate Sumo warrior, Kōji’s body began to betray him.

Desperate to cling onto his former glory, Kōji turned to a concoction of unnatural remedies, each more powerful than the last. As his body grew weaker, his potions grew more potent but so did his competitors‘ suspicions.

Banished from the world of Sumo wrestling, Kōji had no choice but to flee to a remote island. With his name tarnished and his reputation in tatters, Kōji turned his attention to perfecting his remedies.

It wasn’t long before whispers of Kōji’s secret formulas began to reach the ears of fellow wrestlers and, soon enough, Sumo’s in search of an everlasting legacy began to find their way to the shores of Kōji’s Island. And so the Dead Sumo Society was formed. But in Kōji’s mission to keep his own legacy alive, he created something far more deadly…

Dead Sumo Society is an eye-catching NFT collection bringing the most unique looks and combined traits into 3,000 different Sumbies. Their minting will take place on 20.12. and it’s only waiting for you. There will only be 3,000, so don’t hesitate.

CyberKongz Is a 9-Figure NFT Project