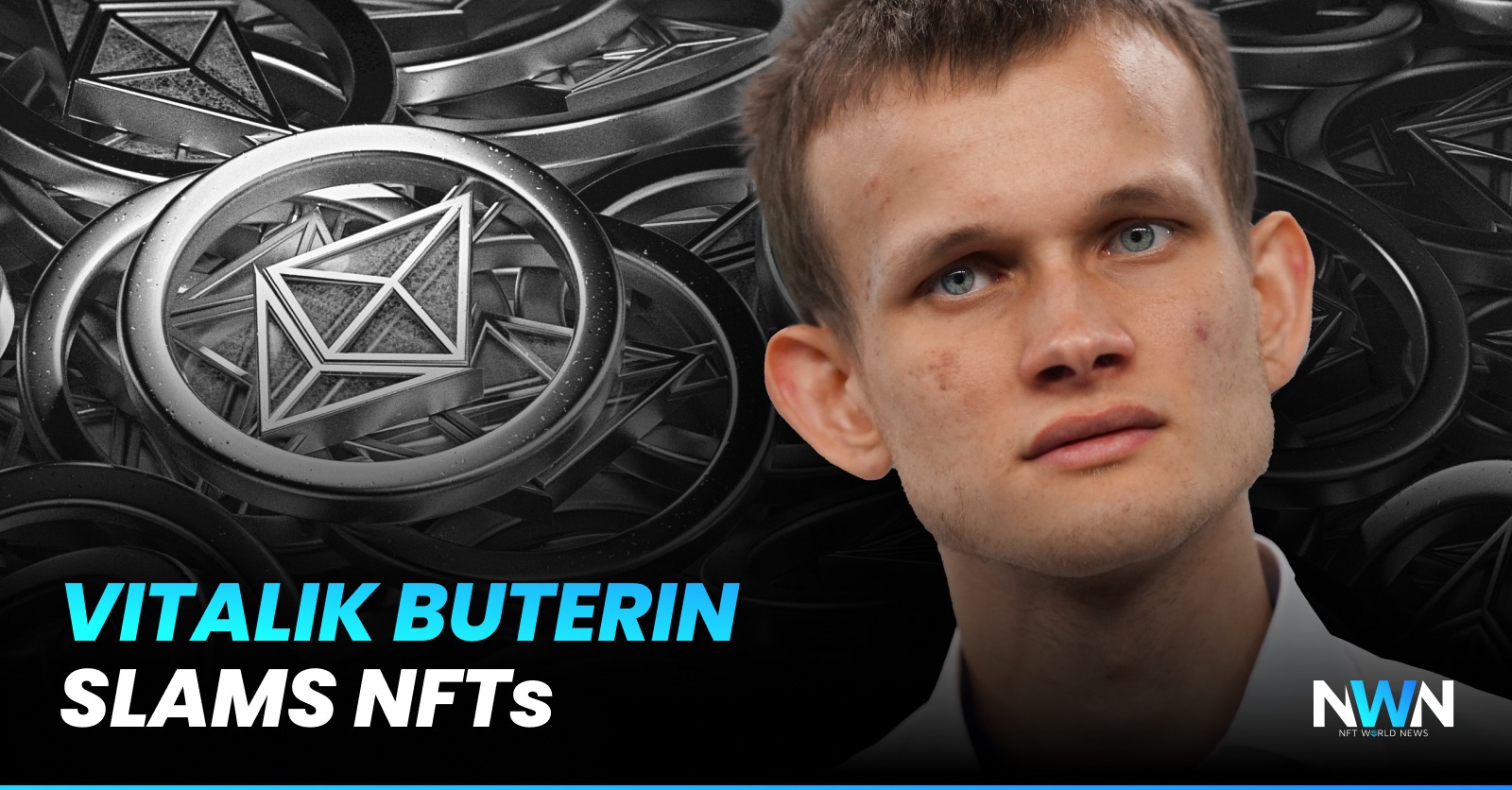 Buterin told TIME Magazine, “The peril is that you have these $3 million monkeys, and it becomes a different type of gambling.”According to the publication, he was “alluding to the Bored Ape Yacht Club.”

Bored Ape Yacht Club (BAYC), or simply Bored Ape, is a popular NFT collection built on the Ethereum (ETH) blockchain. The collection features profile pictures of cartoon apes that are procedurally generated by an algorithm. It is wildly popular among celebrities.

According to analytics portal DappRadar, “BAYC is one of the top NFT collections on ETH, with $1.41 billion in total volume traded. With celebrity owners like Jimmy Fallon, Serena Williams, and Paris Hilton, many of the top all-time BAYC sales were for over $1 million.”

Buterin has higher ambitions for ETH’s future applications, such as becoming “the launchpad for all sorts of sociopolitical experimentation: better voting systems, urban planning, universal basic income, and public-works projects,” according to TIME.

Instead, he remarked, “There are absolutely a lot of folks who are just purchasing boats and Lambos.” He also seemed to compare the millions of dollars in cryptocurrencies contributed to aid Ukraine as Russian President Vladimir Putin launched an invasion to money spent on Bored Apes.

Cryptos According To Buterin

Buterin told TIME on March 14 “The scenario in the previous three weeks has reminded a lot of people in the crypto field that the objective of crypto isn’t to play games with million-dollar photos of monkeys, it’s to do things that produce meaningful consequences in the real world.” And that he wants to be “more risk-taking and less neutral” in 2022.

He said: “I’d prefer Ethereum to anger some people than devolve into a meaningless symbol.”

BAYC is one of the world’s most important and expensive NFT projects. It is wildly popular among celebrities, Athletes, and Venture capitalists alike. But some people like Vitalik Buterin do not like the concept of BAYC; they think that crypto is more than those three-million-dollar photos of monkeys. They believe that there are more valuable things people can do to make the future brighter than wasting time on useless things.

SINSO As The Layer 2 Infrastructure For Filecoin