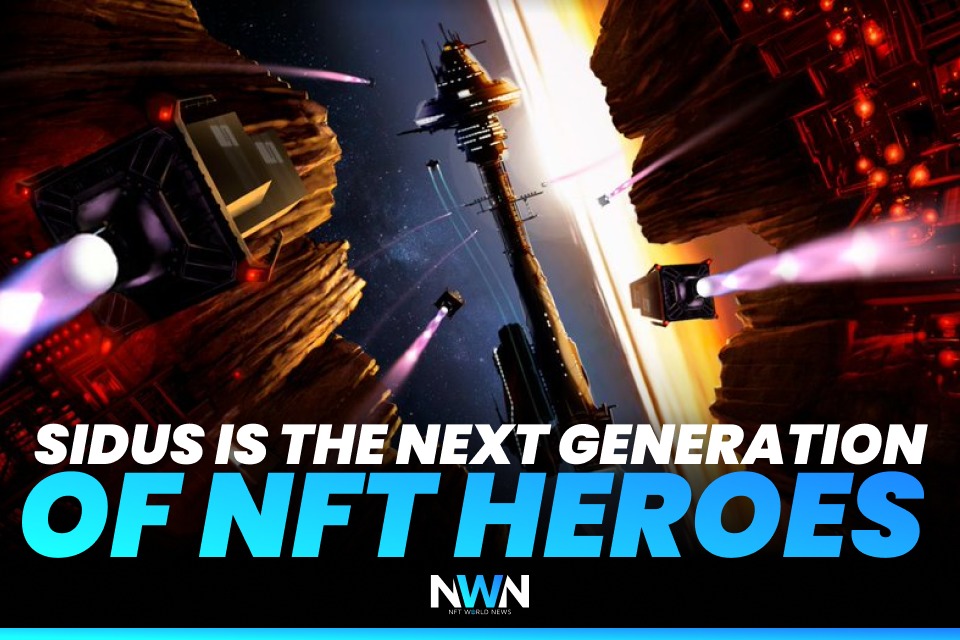 There are many NFT collections available as a result of the boom this year. However, only some of them stand out. Sidus Heroes brought some great-looking NFTs and also wants to launch its own metaverse game soon. Moreover, it will do an IDO in just a week.

you might wanna read this: 5 Biggest Upcoming Metaverse Projects (part 3)

Only the original 4,000 are available for purchase, the rest are created using upgrade cards and the Galaxy Modificator. According to the lore, every Hero came to the independent city of SIDUS from one of 12 blockchain planets (Bitcoione, Avalanya, Polygopus, Tronguan, etc.).

Each Hero’s home planet has left an imprint on their appearance, character and armor. In the future, the SIDUS collection will transform into a gaming metaverse where every Sidus hero is providing an access to the game. However, Sidus is not just a game, it’s an amazing journey with limitless opportunities!

This unique NFT collection has just been released lately and already received a trading volume of 1,500 Ethereum. The floor price for one NFT is currently at 1 ETH and there are some of these NFTs for even 20, 30, or more ETH! Sidus Heroes will have its own marketplace on its website alongside farming. Moreover, NFT Heroes from the Founders collection can be used for NFT staking and NFT wrapping.

This project is about to do an IDO that is scheduled for December 15th, 2021. There will be two tokens that make debuts – SENATE and SIDUS tokens. The IDO will happen on 7 platforms: BLOKPAD, Ignition, TrustPad, SpaceSwap, Red Kite, GameFi and Seedify. SIDUS will present its tokens in an equal ratio (50% SENATE and 50% SIDUS) on all platforms, at a set price of $0.18 for the SENATE and $0.0018 for the SIDUS.

Sidus Heroes is an interesting project offering exclusive non-fungible tokens, its own metaverse game and two tokens. However, the project is just at the beginning but they got some pretty solid products and plans for the near future.